The Amalurra Meeting Room: How to overcome obstacles in times of crisis.

October 25, 2021 / Amalurra / No Comments
On the first weekend of November 2014 we have finally opened a new room that we have called multicultural meeting room with capacity for more than 250 people. Until less than two years ago it was simply a wish that became unattainable. We had neither the money nor the personal disposition to face and carry out such an endeavor, however, and despite not knowing how, we set out to make what seemed like a utopia come true at the time. Irene, as always, going a little beyond the present moment, saw with great enthusiasm a place to facilitate and celebrate the meeting of people of all kinds, through concerts, cultural meetings, exhibitions, conferences, recitals, seminars, training courses. training… but most of us saw a difficult undertaking. 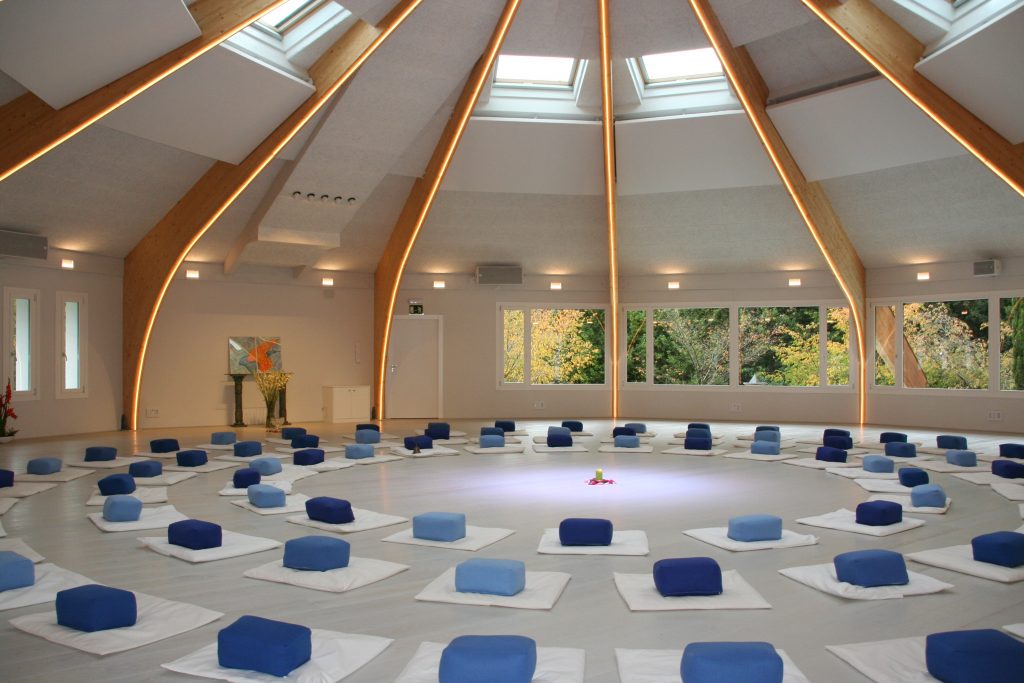 And it was, remembering each one of us that primal impulse , who did us more than 20 years , meet with the dream of making a community life to overcome the challenges of it together, how we got ready to undertake this arduous task, which connected us, on the other hand, with the fact that if we had been able to do it once without having the resources and personal tools with which now we counted, from this space of understanding and integration, despite adversities, we would be able to undertake this new challenge until its achievement.

And so we begin, with the conviction that that impulse of encounter and unity would allow us to find solutions to obstacles that we were surely going to encounter and not only as difficulties, but also as stages of resistance that always precede the achievement of a goal.

And so it was that after two years and in a much simpler way than we had thought, thanks both to institutional aid and to the many hands of friends and acquaintances who have supported us, the long-awaited day arrived.

Since the morning and thanks to a parenthesis that the rain made for the enjoyment of the place, it was filled with representatives of some public institutions and some prominent businessmen from the area of Encartations who enjoyed the opening ceremony and the subsequent lunch held in the vicinity of the Amalurra restaurant, in a relaxed and cordial atmosphere.

At dusk, a massive concert with more than 200 attendees was given way, in a jovial and festive atmosphere, which we all greatly enjoyed, both organizers and guests.

The concert , with three guest artists, Andrea Goikolea, Rafa Rueda and Mr. Chinarro, made the delight of the public with almost 3 hours of duration, and where each one brought out the best of himself, in a space with a spectacular sound as he could enjoy and then comment on the people.

At the end of the concert, another aperitif was served with exquisite tasting tapas that led to the party inside the hotel cafeteria and restaurant that would close the night.

The next day and still accompanied by the good weather, those present who had stayed at the hotel and the rest of the guests who had come to enjoy Saturday morning, a live blues concert, were delighted. by James & Black which took place in the gardens of the complex.

The inauguration of the room closed with a last tapas tasting of the exquisite cuisine and service that the hotel has, and which was recognized by the constant expressions of gratitude, affection and enjoyment of all the people who have subsequently left their comments. on the official pages of the Amalurra association, as well as on their respective personal blogs.

From our point of view and from the opinions of gratitude and congratulations, we are happy and proud to have opened this new space by sharing with people and that it opens to a new stage of encounters that is what this room intends to be.

We invite you to get to know this our space and share together what life continues to bring us.

The circle as origin